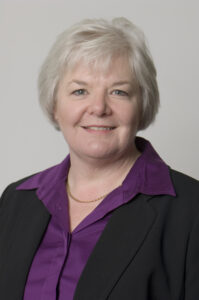 When we started to think about the 10 year anniversary of PASA, we came across this article published in Professional Pensions back in April 2010. The article by Penny Green, the original Chair of PASA, discussed the rebranding of Raising Standards in Pensions Administration to PASA and Penny’s hopes for the organisation PASA would become. We loved the article and asked Penny to send us an update on her thoughts on the past 10 years…

The vision for PASA 10 years ago was for it to be the acknowledged standard setter for administration of pension benefits.  It was also envisaged it would become a single body for TPR, government or anyone involved in pension administration to go to when the impact of legislation or regulation is being considered.

It is no exaggeration to say PASA has exceeded all the hopes of those of us who were instrumental in its establishment.  Both of those aspirations have become a reality and this is a reflection of the dedication and hard work of all those involved 10 years ago and subsequently.

PASA accreditation is now – rightly – almost compulsory for those organisations seeking to acquire the business of administering all types of pension arrangement.  PASA accreditation provides a huge comfort for Trustees the firm they are appointing has a core focus on the member experience and not least on paying the right member the right benefit at the right time.

The guidance issued on a vast range of topics is of great importance in developing better ways of delivering services to members.  The breadth of guidance is impressive, from Transfers, DC Governance, Cyber and Master Trust transitions, not forgetting GMP equalisation.  The breadth, and the respect with which the industry treats this guidance is another mark of success for PASA.  Certainly, in my work as a professional Trustee for BESTrustees, I actively use the guidance and it has always been helpful.

Ten years ago we said PASA would, if successful, be positive for everyone: commercial third party administrators; trustees and employers; members; TPR; and the government.  As I look at where PASA is now all those who have helped develop PASA can be rightly proud of what has been achieved.  To have been involved for a short period at the start of this is a huge honour and I applaud those who have been involved and thank all of them for making a great idea into an outstanding success.

BESTrustees and Original Chair of PASA