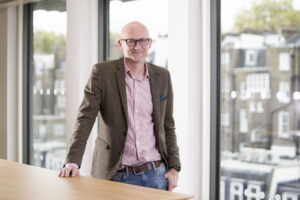 Darren is Director of Policy and Market Engagement at Smart Pension, where he is active in the industry lobbying for change in pensions and financial services for the benefit of members and customers. Darren joined Smart in September 2018, having previously undertaken policy-related roles at The People’s Pension, the National Association of Pension Funds (now Pensions and Lifetime Savings Association) and HM Treasury – where he headed up the pensions team between 2007 and 2010 and was closely involved in the design and implementation of the UK’s flagship auto-enrolment programme.

Darren is active within industry bodies through contributing to research, thought leadership and policy development work, and is a regular commentator in the media. He sits on various ABI committees, the PMI external affairs committee, and has recently joined the AIMSE Europe Council. Darren is a governor and trustee of the independent Pensions Policy Institute.

Darren has a BSc(Econ) in Economics from Leicester University and an MSc in Economics and Econometrics from Southampton University. Outside of work, Darren’s interests include football (both ‘soccer’ and American Football), cricket and listening to live music. Darren is also attempting (with the emphasis on attempting….) to learn the piano.